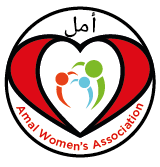 We all have witnessed rise in hate crimes and racist attacks. The lack of immediate assistance and guidance in most cases is unavailable. With absence of quick intervention from authorities and public fear of getting involved in such matters, most victims are left isolated, confused and bear an emotional scar for long. The Central Statistics Office 2016 figures for Ireland includes 152 crimes of racism, 38 of ageism, 31 gender-related, 28 homophobia, 25 anti-Traveler, and 13 anti-Muslim. The 308 figure compares to an average of 158 crimes annually between 2006 and 2014, ranging from 114 in 2014 to 233 in 2007. Amal Women’s Association has thus felt a strong need to launch the “Safer Community Initiative”. also known as the Yellow Sticker.